The Breakfast Club is a 1985 American teen drama film, written and directed by John Hughes. The storyline follows five teenagers as they spend their Saturday together in detention.

Brian Johnson: Saturday, March 24, 1984. Shermer High School, Shermer, Illinois. 60062. Dear Mr. Vernon, we accept the fact that we had to sacrifice a whole Saturday in detention for whatever it was that we did wrong. What we did was wrong. But we think you're crazy to make us write this essay telling you who we think we are. What do you care? You see us as you want to see us... in the simplest terms and the most convenient definitions. You see us as a brain, an athlete, a basket case, a princess and a criminal. Correct? That's the way we saw each other at seven o'clock this morning. We were brainwashed.

Brian Johnson: Dear Mr. Vernon, we accept the fact that we had to sacrifice a whole Saturday in detention for whatever it was we did wrong. But we think you're crazy to make us write an essay telling you who we think we are. And you see us as you want to see us... in the simplest terms in the most convenient definitions. But what we found out is that each one of us is a brain...

Andrew Clark: ...and an athlete...
Allison Reynolds: ...and a basket case...
Claire Standish: ...a princess...
John Bender: ...and a criminal...
Brian Johnson: Does that answer your question? Sincerely yours, The Breakfast Club.

Themes and Influence:
The film has a important message which is to never be ashamed of who you are, and don't judge a book by its cover. The movie shows such detail to friendships that you may have never learned about until you meet with new people. 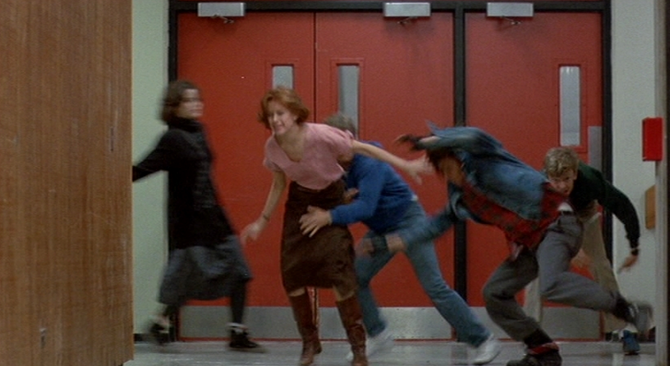 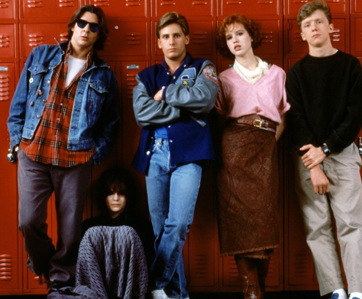 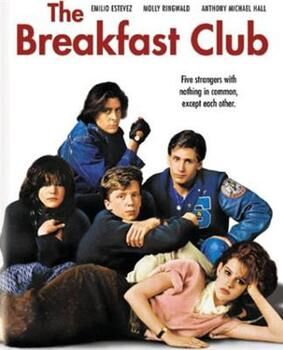 At the start of detention the students are given an assignment by the principal, Mr. Vernon. They are each asked to write a 1000 word essay detailing "who you think you are". Starting out the day the students are mostly silent, as the day progresses they gradually open up to each other and pass the hours in a variety of ways: they dance, harass each other, harass the principal, Mr. Vernon, tell personal stories, argue, draw, smoke marijuana, and put on makeup. Their deep conversations reveal their inner secrets (for example, that Allison is a compulsive liar and Brian and Claire are ashamed of their virginity). They also discover something that they all have in common - strained relationships with their parents and are all afraid of making the same mistakes as the adults around them. However, despite these developing friendships, the students are afraid that back in school on Monday, they will return to their very different cliques and never speak to each other again.

At the request and consensus of the students, Brian is asked to write the essay Mr. Vernon assigned which challenges Mr. Vernon and his preconceived judgments about all of them. Brian does so, but instead of writing about the actual topic he writes a very motivating letter that is, in essence, the main point of the story. He signs the essay as "The Breakfast Club" and leaves it on the table for Mr. Vernon to read when they leave.

The movie ends as the characters leave detention.

Community content is available under CC-BY-SA unless otherwise noted.
Advertisement